Why I’m uber-iffy about Uber

So Uber has swept the nation, and the world for that matter. But I am not convinced.

I’ve gotten as far as downloading the app and signing up for it, because I am not the type of person to write something off before I’ve tried it. But I never did get around to using it yet, for many practical reasons, which adds to my impression that this application is both unnecessary for my situation and basically glorified hitch-hiking. And I’ll tell you why.

1. I hardly ever take taxis in New York, and hardly ever did, even before Uber existed. Because yuppies, hipsters, bougie millenials and transplants rule certain corners of the Internet and get the most attention amongst New Yorkers, you might think this is odd, but it’s not. Most people in New York don’t pay for rides on a regular basis because it’s crazy expensive. Public transportation in New York runs 24/7, goes almost everywhere, and has been mostly safe since the late 90s, so it does just fine for most purposes. They even have new green cabs now that specialize in taking people out to the boroughs. For late nights, cold weather and high heel days, sure, we get lazy and sometimes want a ride home. When that happens, we call Chinese or Korean cabs, dollar vans, or whatever underground ethnic alternative we are plugged into that is cheaper than anything on the books, Uber included.

2. In Queens, at least, we drive our own cars, so we barely even need those Asian car services. Again, most New Yorkers are not living the Sex and the City lifestyle. We wanted to floss in high school just like everyone else in the country and dreamed of having our own cars one day. Of course, owning a car is more expensive in New York because of the lack of parking spaces and higher gas and insurance prices, and the minimum age for driving is also higher (18), so many of us never got around to buying a car. But most of us wanted to, and those of us who wanted it badly enough got one, which we drive on nights and weekends when street parking throughout New York is available and even free. I almost always go home to get my car before going out at night. I’m a grown woman with a good job so the least I can do is enjoy the luxury and freedom of getting myself around. Carrie Bradshaw’s way might seem more glamorous, but it was also fiction. (Side note: I looked it up, and Queens does have a higher rate of car ownership than the other boroughs.)

3. As far as safety goes, those aforementioned ethnic car and van services are safer than Uber. While most of those services have long histories in the communities they serve and have to answer to a strong, established, network of customers, Uber drivers are anybody and everybody. There have been Uber rape cases. Uber sexual harassment cases. I’ve heard cases of Uber drivers using fake names. There have been Uber drivers who’ve pulled up to me on the side of the street asking if I want a ride, not caring if I had the app or not. So do not tell me that Uber drivers are totally safe because they are registered, or checked, or rated, or that everything is on the up and up because it’s through the app and they’ll find the driver if you get kidnapped. (Hello, I’d already be kidnapped, though!)

Using just common sense, I can pretty much guess how “background” checks go at a startup that is hungry to get established and raise as much money and buzz as possible: a driver shows up, shows proof they have a valid driver’s license, that they own vehicle and it’s insured, and bam. They’re an Uber driver, and Uber gets to add one more person to its driver count to impress investors. I doubt they even do a criminal history check to see if the person is, say, a convicted sex offender, or a racist or homophob who’s committed a hate crime. The whole transaction is handled through a nifty app, though, so they gotta be legit, right? (NO.) But hey, at least if you do have the misfortune of meeting the crazy serial killer Uber driver, they’ll know the address his car is registered to so they’ll be able to find your body. SMH.

4. For that matter, regular taxis are ultimately safer than Uber, too. Uber drivers do not have to be full-time drivers, so they don’t necessarily count on Uber income for their livelihood. Taxi drivers do, which gives them incentive not to kill you, even if they do have smelly cars or a bad attitude, as all Uber fanatics like to say. (For the record, though I rarely take cabs, I would say less than 10% of my experiences with cabs have been bad. Where are all these horrible, smelly dirty cabs that people keep complaining about?) Also, NYC taxi medallions are worth hundreds of thousands to upwards of a million dollars. Those licenses and the jobs they come with are worth good money, so you’d be hard pressed to find a taxi driver who’s just f*cking around because they are either serious investors or paying rent to serious investors. The high start-up/operational cost of operating a taxi, then, means there is a higher threshold of entry for anyone who wants to do it. And the beauty of Uber is also its danger–it’s just an app, with a relatively low cost structure to both the developer and the drivers who sign up with them. It’s just too easy. 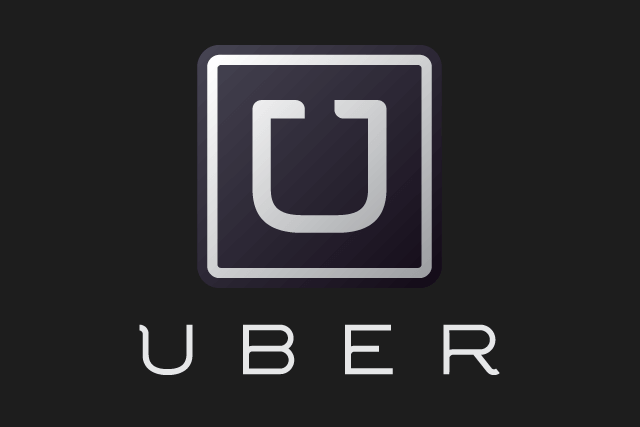 I’m not totally against the idea of getting into a strange car; what I have an issue with is the false sense of security everyone seems to have with Uber. I’ve taken black cabs in Chinatown and gypsy cabs in both Manhattan and Queens that are just as sketchy as any Uber situation, going purely on instinct–does the driver seem like a creep or a psycho? No? Price is good? No prob! The difference, though, is that I’m fully aware of the situations I get myself into. I pay attention and am on high alert because I’m ready for the driver to try to rip me off or do something crazy at any moment, and yes, some strange things have happened. But people seem to think that Uber is totally safe, which leads me to believe they are being too careless, assuming that they are doing something SOOO legit simply because they hitchhiked through an app instead of on the side of the road.

I think if people understand that every time they get in someone’s car, whether Uber or not, they are taking a BIG leap of faith and risking their lives, Uber would make more sense to me. In other words, if you’re going to hitchhike through an app, I’m not going to try to talk you out of it. But at least acknowledge that you’re hitchhiking!

I felt the same way when Airbnb came out, everyone jumped on board and then people started acting surprised when guests would show up at their apartments and steal their computers or leave meth pipes behind. Hello! What do you expect? Did you think that, because this person booked their stay at your home through an application, that it would be any less risky than inviting some random dude off the street to sleep on your couch? Sure, 95% of the time you’ll probably be ok–but all it takes is being part of that unlucky 5% for everything to go to hell.

I actually use Airbnb as a guest, but I would never rent my apartment out with valuable shit in it. And I’m still waiting for an opportunity to test Uber, so I can give a fuller review of the service. It might end up being when I travel to a new city. I don’t hate these entrepreneurs for finding a way to cater to this market. But you best believe that if the driver pulls up and I get the heeie-jeebies I’m not getting in the car, and I’ll be ready to jump out of a moving car at the first sign of problems.