Is TLC on to something with this Kickstarter campaign?

I am a fan of any productive effort to discover new revenue models for music. I’m also a fan of TLC. Thus, I am loving this Kickstarter campaign they’ve put together.

Nah but forreal, if the majority of the proceeds of this campaign goes to the making of this album, or even to them, this is a great idea. First of all, if you have brand equity like TLC does, use it. It is a myth that no one will pay for music. Many, many people are willing to pay for music, i.e. die-hard fans, audiophiles and niche music fans. And excluding the mega pop stars of the world, because they actually do make real paper on iTunes etc., there is a whole world of music out there that doesn’t really benefit from the backing or revenue model of a traditional record label, which seeks to support itself with high-grossing, gimmicky, over-produced artists. There are also a lot of artists out there whose albums were never meant to generate millions of dollars; but they produce high quality, innovative music that has a loyal niche audience.

T-boz and Chilli capture all of this by putting themselves out there on Kickstarter, and asking fans to donate money toward the creation of their last album, a very interesting way of proposing that a person open their wallet for music. As I’m writing this now they’ve raised over $380,000, well over twice their target of $150,000, just by changing the sales pitch. The same fans who might have hesitated to pay $15 to purchase the digital album on iTunes or Amazon, at least half of whom were probably going to just download it illegally, are happily pledging $15 to their kickstarter campaign. Why? 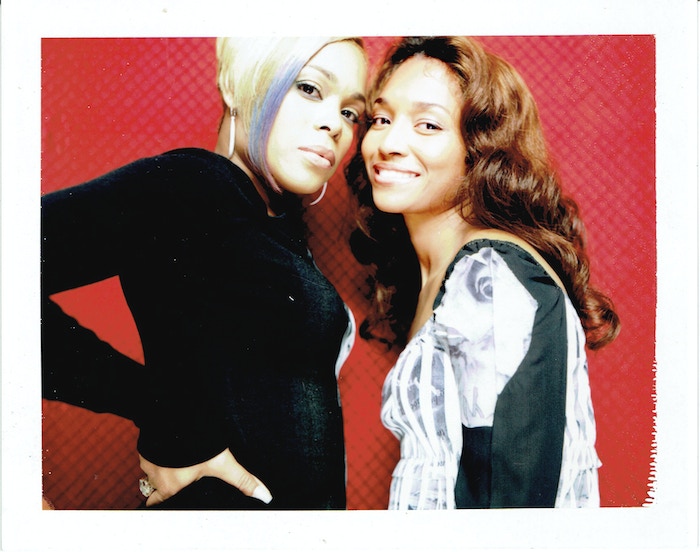 The difference, I think, is because this campaign is intimate. By having the artists ask fans directly for support, they give the impression to potential “donors” that by “giving” money, they are essentially expressing their desire hear this upcoming album. This is, ideally, what the music industry really wants all music fans to believe they are doing when they pay for music, but they don’t. Partially, it’s because everyone today knows that record labels make billions and billions, so they have become faceless corporations in a corrupt industry, their artists just an extension of that image. And something about mp3s just makes it hard for people to grasp the work, time and money invested into the creation of one track. This campaign addresses that disconnect perfectly, giving “donors” a sense of power and purpose, even though they are basically just buying an album they haven’t even heard a sample of yet.

There’s another thing this campaign does right: it recognizes that there is a lot of opportunity to create NEW demand and new potential revenue sources, for music, and that it has very little to do with the music itself. In the digital age, mp3 are a commodity with diminishing value. It will be virtually impossible to convince everyone in the world that it is their civic duty and obligation to the arts to pay for every mp3 they download. But there are ways to add value, making them worth more in the eyes of the consumer. Curation is one way, i.e. services that help people discover new music. What TLC does here is a little bit of everything: pay $15, and you get the album. Pay a little more, and you also get a list of their favorite songs. Pay more, and you get a limited edition t-shirt. Still more, and you get autographed CDs, autographed vinyl, a video dance class, a chance to meet them, and so on. People are paying hundreds of dollars to get all these extra services. And this is all before the album has even come out.

This is just one experiment of many in the digital music world. It may work, it may not. But what I definitely know is that there is a time limit on the old way of doing things in that business, and anyone who’s trying to innovate now is going to be ahead of the pack later.

One response to “Is TLC on to something with this Kickstarter campaign?”